How To Create A Simple Program With Python As A Beginner 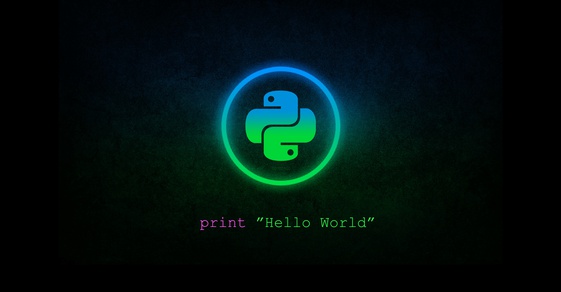 In this tutorial, I will teach python beginners how to create a simple program, where you will have to interact with the users to ask them numbers and to display which number is greater. This program will be easy to implement, but useful to help you master the basics of Python.

Python is easy, if you have decided to learn it, that's great. As you can notice across the Internet, many people will advise you to start with Python. So I also advise you to do so - let's start.

Our program will ask the user to provide two numbers. With these two numbers, we will determine the greater and print it out. The built-in function to do that in python is input("prompt_message") function that allows user input. The prompt_message is a String, representing a default message before the input.

Now we have the first number, we need to make sure that the user enters a correct number. Never trust users in your project. To do that, we must check whether it is actually digits, with a method inherited from all string class in Python called isdigit(). Remember that we need to keep asking the user to enter the correct value with a loop. The loop to use here is while.

To avoid repeating the same block of functionalities in our project, we are going to use a function to do the same thing for the second number. Our program will be like the following.

We created a function to a little bit empower our program. Let me explain what I did:

Since everything coming from input() is string, we need to convert the value received to integer. Change the last line of your function like the following: return int(num). int() is a function that converts values to integer.

There's nothing else to do than testing which number is greater with conditions: if, elif, else

And that's it, we are done with the program, you can test it. This program will help you master some basic concepts of Python. Please email me at lemayzeur@code9haiti.com if drop a comment below if you want to learn more about Python.